Artificial intelligence and the humanities 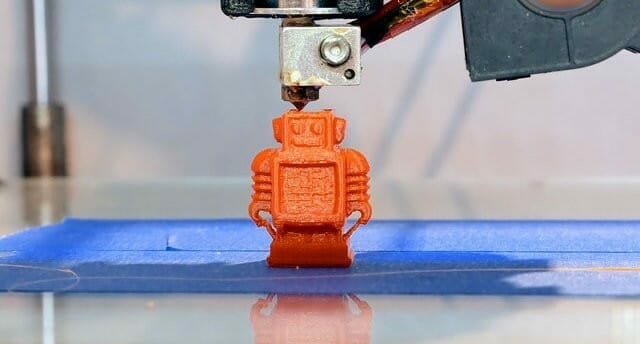 In 1993, I worked for a print clothing catalog called Spiegel. It was located in a beautiful glass building outside of Chicago. At the time Spiegel were just starting to think about their first website. They wanted a web billboard that advertised their toll free number. They figured web visitors wanted to call for a print catalog.

To do this they formed a small “Internet team.” The art directors thought the Internet seemed like a technical challenge so they asked the networking team to create the site.

A few days later the team demonstrated their work.

The new Spiegel homepage had a jet black background. Almost like a computer terminal. At the top there were lime green letters that spelled out “welcome to Spiegel Inc.” Just below the title there was a GIF of a young woman in black lingerie.

The room of directors watched patiently as the image loaded. At the time the compressed GIF images twisted into clarity like a slow motion video. The effect was almost like a Venetian blind. Every other line opened until the image came into focus.

When the website fully loaded all the art directors sat in silence. One director took off his glasses and pinched the bridge of his nose. He asked, “how many people are on this Internet?”

It was a strange presentation. There were four network technicians designing the look and feel of the new site. The presentation was on the same floor with a hundred designers, copywriters and art directors. Each one with training, experience and talent. They all typed in QuarkXPress, unaware of the presentation in the glass room.

To their credit, the art directors immediately saw that the webpage was not a technical challenge. It was a creative challenge. It was one that their art teams were more than qualified to handle. They respected the importance of technology, but they also recognized that their customers placed the highest value on their curated "high touch" content. Their customers trusted the Spiegel brand because it represented good taste.

In the end this was the overall trend of the web. While at the time it seemed like the World Wide Web would be a boon for network engineers, it actually turned out to be a growing area for graphic designers, artists, filmmakers and photographers. It was easier to create web-savvy designers than it was to create design-savvy network engineers.

You can see this in the overall increase of the number of graphic designers over a period of ten years.

If you fast forward to today you can see that the same should hold true for artificial intelligence. Right now it seems like it will be a boon for engineers and computer programmers. That's why universities are putting emphasis on STEM programs and predictive analytics. There are proposed slashes to the National Endowment for the Arts and the Japanese education minister ordered the elimination of the humanities from Japanese universities.

The last ten years have been pretty flat for those who specialize in the humanities. Anthropologists, psychologists and historians have fared much worse than quantitative fields such as software development and data science.

Yet AI will offer an increased demand for these same fields. It’s these professionals that will help bridge the gap between humans and their artificial agents.

Back in the early 90s it was all the rage to give your site a better user experience. That's why there was emphasis on design. You wanted better buttons, better icons and just the right color gradient.

With artificial intelligence all the emphasis will be on creating a better human experience. That's why you’ll need artists, anthropologists, psychologists and cultural experts. If you want your machines to offer better human experience in China then you're gonna need someone who understands Chinese. Not just the languages but the art, culture and history.

Some large technology companies are already starting to move in this direction. Luke Dormehl talks about this in his new book, Thinking Machines: The Quest for Artificial Intelligence--and Where It's Taking Us Next.

In the book he points out that a few years ago Apple introduced its new music streaming service. They might have used a classic AI approach to curating music lists. There were AI tools like machine learning that could train large data sets and compare you to other customers. Anytime a new song came out the machine would predict the best audience.

They might have used neural networks to categorize music based on tempo, genre and many other criteria. Any time a new song was released the neural network would match it to popular categories.

In the end Apple decided to use a creative high touch approach. They hired human DJs. Like the designers and artists at Spiegel they specialized at being creative and having good taste. They didn't rely on past data and current trends. Instead they focused on creating trends and understanding the more social aspects of listening to music. They focused on creating a service that told you what you should like and didn’t just parrot back what you might like.

Even though Apple is one of the largest employers of human DJs, we’re still a long way from a DJ driven economy. A recent paper from the Oxford Martin School concluded that in two decades automation may pull as much as 47% of jobs out of the US economy. At the end of their paper they list 700 occupations that are in danger of computer automation.

At the very top of the list they had fifty or so occupations that are in the least danger of being replaced by automation. Most of them were high touch occupations. These were jobs that were creative and had to work with nonlinear data. Occupations like therapists, social workers, sales specialists, physicians, detectives and teachers. Only one IT occupation made it to the top fifty and that was the always nimble computer systems analyst.

This is the topic of a book titled Sensemaking: The Power of Humanities and the Age of the Algorithm. In it Christian Madsbjerg points out that data on behavior and understanding of humanity are two different things. It's almost like the difference between seeing an animal in the wild and in the zoo.

Artificial intelligence can tell you everything that you want to know about an animal in the zoo, but you need someone who knows about the savanna to truly understand what it means to be a lion.

Understanding culture and context are key part of a liberal education. AI tools can help categorize and make decisions about data, but you need creative fields and the humanities to understand the meaning. Employers are already asking for these skills. Close to 80% say that “broad knowledge of the liberal arts” and “intercultural skills” are somewhat or very important.

As AI increases its capacity to mimic our behavior there will be broad questions about culture, empathy and creativity. When these questions are discussed no one deserves a seat at the table more than the artists, psychologists and humanities professionals that passionately pursue these subjects.

The symbolic systems approach is one of the original approaches to artificial intelligence. Symbolic AI is rule-based approach that has become less popular than machine learning.

AI planning systems us an area of artificial intelligence which uses a set procedure to solve problems.