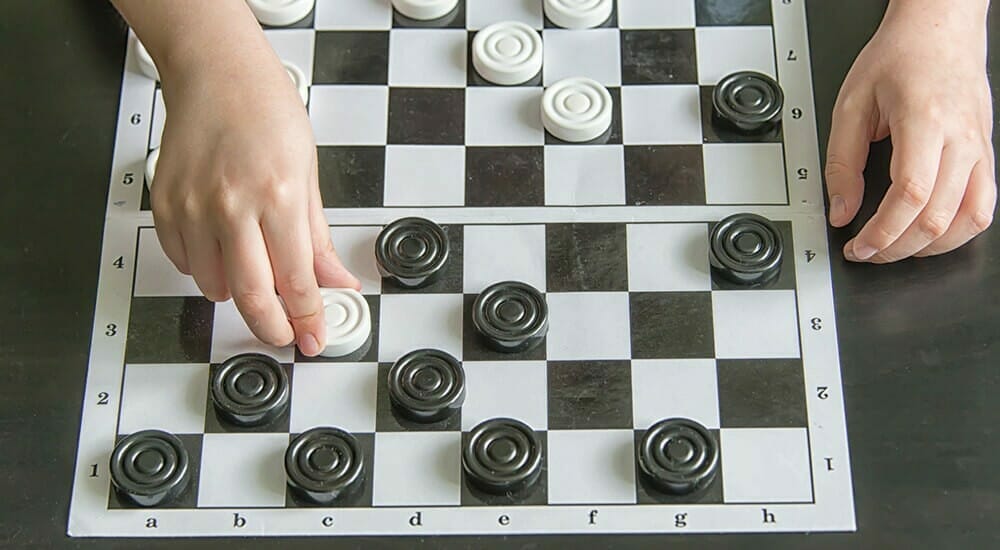 In my previous article How Machines Learn, I list the essential ingredients needed for the ways machines learn. Here is the basic 5-step process that enables machines to learn. I also mention two types of machine learning — supervised and unsupervised. In this post, I do a deeper dive into these two types of machine learning, along with a third — reinforcement learning. First, let's take a look at how people learn.

People learn in all sorts of ways — through reading, listening, observing, sensing, feeling, playing, interacting, comparing, experiencing, reasoning, teaching, trial and error, and so on. Psychic Edgar Cayce claimed he learned how to spell by sleeping with his spelling book under his pillow. And all of those learning methods I just mentioned merely scratch the surface. Scientists are still trying to figure out how the brain works and identify the many ways the brain functions to learn new things.

Imagine you want to learn how to play checkers. You could do this in several different ways. You could hire a tutor, who would introduce you to the game, teach you how to move the checkers, and show you some winning strategies. You could practice by playing against the tutor, who would supervise your moves and perhaps correct you when you make a foolish mistake. As you increase your mastery of the game, you would then be able to play without supervision and even develop your own strategies.

Another option would be to watch people play checkers. By closely observing how others play the game, you could probably figure out how to move the checkers, how to jump an opponent's checkers, how to earn a crown, and so forth. You would probably also start to identify different strategies for winning.

You might even try a combination of these two approaches. A tutor would bring you up to speed on the basics — how to set up the board, move the checkers, jump an opponent's checkers, earn a crown, and so forth — and then you'd observe other people playing. You'd have a high-level overview of the game, but you'd rely on your own observations to learn new strategies and improve your game.

The three ways to learn to play checkers are very similar to how machines often learn:

Suppose you have an Atari game like Space Invaders that requires you to blast aliens with your laser cannon as they descend from the sky. To help the computer learn how to play, you might have S represent the number of aliens descending and the speed of descent and A represent actions the computer takes to shoot aliens out of the sky, thus improving Q, which represents the score of the game. Each time the computer successfully shoots down an alien, it's rewarded with an increase in Q. The machine plays the game repeatedly and, attempting to maximize Q, becomes much more adept at shooting down aliens.

Reinforcement learning, specifically Q-Learning, enables machines to quickly grow beyond our understanding. It can help you skip the steps required for collecting data and then feeding the machine training data and test data. The machine essentially creates its own data as it engages in iterative trial and error.

While supervised, unsupervised, semi-supervised, and reinforcement learning are the primary ways machines learn, stay tuned for more to come. Experts in artificial intelligence (AI) are constantly working on developing new approaches to machine learning and understanding how to combine different techniques.

AI Learning is when artificial intelligence and machine learning systems learn something new without being explicitly programmed. This is much different from simple memorization.

One of the biggest challenges with machine learning is your data science team fitting model to data.

In data science the difference between data mining vs machine learning is a key concept.