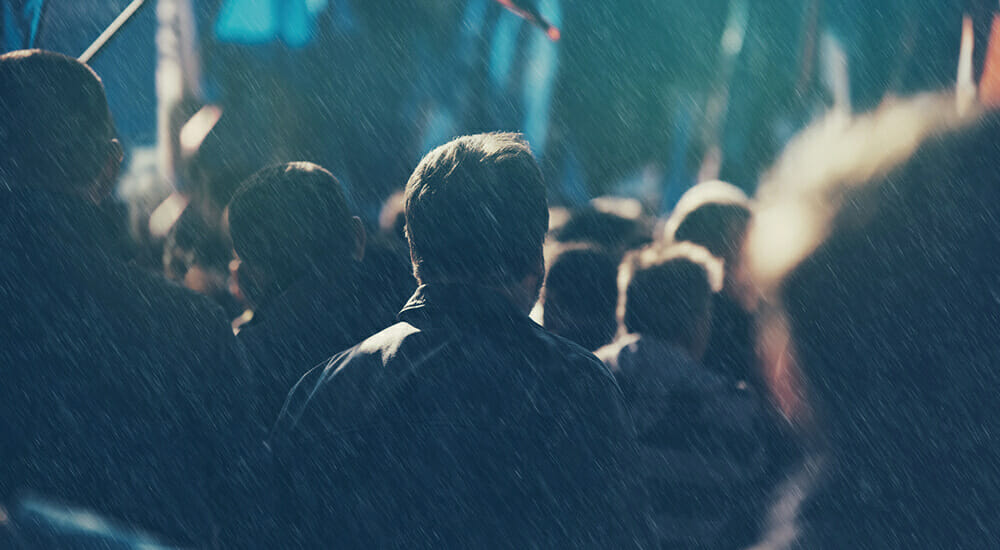 When your data science team is composing a story, it needs to understand the data storytelling audience in order to connect with it on a personal and emotional level. I witnessed this myself when working for a large political campaign in 2000 and observed two candidates deliver their campaign speeches — one who connected with the audience on a personal and emotional level and another who didn't.

First, the candidate who didn't: He was speaking to a group of people who had lost many jobs over several decades. He stood in the red skeleton of an old industrial building and talked about his proposal for job training. He explained how job training would benefit members of the audience by equipping them with high-tech skills for the evolving economy. You could tell that the audience didn't connect with the story. When he was done, he received polite, scattered applause.

A few days later, the opposing candidate delivered his speech at an old abandoned warehouse next to a lazy brown river. The audience was the same — people who had lost many jobs over several decades. He started by saying, "I know many of you are uncertain. You're not sure that your way of life has a future." He then proceeded to tell a story about the importance of preserving what's important. At the end of the story, the warehouse exploded in applause that continued until the candidate stepped off the stage.

The first candidate didn't get it — he totally misread the audience. This group of voters didn't want to go back to school to learn a new trade; they wanted the world to go back to the way it was when they had good jobs and decent pay. The second candidate understood the audience and spoke to their desires and dreams. He was rewarded accordingly.

As a member of a data science team, you probably won't be speaking to a group of voters, but the same principle applies — to connect with an audience, you need to know the audience. Only by knowing the audience can you tailor your story to connect with audience members on an emotional level, where learning and transformation are most likely to occur.

In most organizations, you can think of audience members belonging to one of the following five groups:

Warming Up the Room

While it's best to understand your audience prior preparing your story, that's not always possible. When presenting to an unfamiliar audience, you can get to know its members a little better through a technique called warming up the room. Five to ten minutes prior to the presentation, as people are settling into their seats, walk around and chitchat with some of the people in the audience. Some of them will tell you what they're looking for directly. You might hear comments such as, "I'm curious to see how this connects to what I'm working on." Then you can ask, "What are you working on?" If something like this happens, you might want to adapt your story in real time to meet your audience’s expectations.

The big takeaway here is to know your audience and anticipate and address their interests and concerns. Otherwise, the audience will merely hear what you say; they won't listen or retain it, and they certainly won't learn or be convinced to change in any way.

Data science needs to start by asking good questions. Not just the data scientist, but the whole team.